The (surprising) developments of the thesis of the century

When the Federal Supreme Court (STF) finally concluded the judgment of the so-called “thesis of the century” (ICMS (state tax) exclusion from the PIS/COFINS (revenue tax) calculation basis) celebrations were on course. Either because the decision was favorable to taxpayers, or because the debate of more than 20 years had finally come to an end. The fact is that the thesis of the century took “two decades” to be finalized and taxpayers were only able to use the credits safely from 2017 onwards. Correct? More or less…

In that judgment, it was concluded that the ICMS highlighted in the invoice should be excluded from the PIS/COFINS calculation basis because the tax is not part of the constitutional concept of revenue. In this respect, the expectation was to simply apply this understanding to other cases in which this concept is also object of discussion.

But this has not been the case.

It seems confusing. And it is! Just to give an example is the “puppy” thesis of the exclusion of ICMS/ISS from the calculation basis of Social Security Contribution on Gross Revenue (CPRB). The rationale and arguments are the same as in the previous judgment: definition of the concept of gross revenue. The conclusion should have been the same. However, the STF understood that the same rationale and arguments could not be applied to this case.

Another “puppy” thesis is the exclusion of ISS (services tax) from the PIS/COFINS calculation basis. The STF judges’ votes were on the same path as the “parent” case, evidencing the logical similarity between the cases and indicating the favorable outcome for taxpayers. But… Yes, there is also a “but”. Minister Luiz Fux withdrew the process from the Virtual Judgement, when 8 votes had already been presented in the “parent” case. Problem: judgment will return in a presential session with a peculiarity: now the judgment starts from scratch.

With the change in the composition of the Court due to the retirement of Ministers Celso de Melo and Marco Aurélio who voted in favor of the taxpayers in the case of ICMS, different conclusions may be brought by the new Ministers in the case of the ISS. We may have two cases judged by the same STF, in the same year, and in relation to the same revenue concept with different conclusions. How much insecurity! Hard to explain. Hard to accept. Hard to understand…

And, to add more fuel to the fire of the thesis of the century, the Federal Tax Authority recently surprised taxpayers with the presentation of Opinion 10 of Cosit, confirmed by the National Treasury Attorney – valid only for the specific cases under discussion in the Judiciary -, expressing that in the calculation of the PIS/COFINS credits arising from the exclusion of the ICMS highlighted in the invoice in outgoing operations, the value of the PIS/COFINS credits calculated at the inflow should be added back, with the exclusion of the ICMS highlighted in the invoices in incoming transactions. This statement suggests the adoption of an illegal procedure, contrary to the rules of Laws 10.637/02 and 10.833/03, and makes no sense: with it, taxpayers “won”, but will still have difficulties in “taking it”.

Now, we know that our tax system is complex, but given so many crazy twists and turns, it’s easy to say where the “tax madhouse” is, an adjective inaugurated by Alfredo Augusto Becker and recently adopted by Minister Paulo Guedes. We can only wait and prepare the straitjacket. And let’s wait for the new episodes of what seems to have ended, although insists on extending itself to become the millennium thesis. 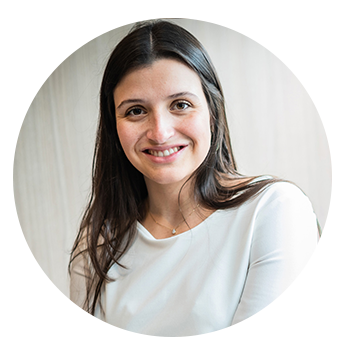 The withdrawal of the ISS case by the Supreme Court plenary

The withdrawal of the ISS case by the Supreme Court plenary