Project financing has always been and continues to be a central theme in business life. Obtaining a line of credit with a good interest rate and favorable payment terms is often the determining factor for the success of a company or an idea.

Historically, corporate financing in Brazil was concentrated with public banks and large private financial institutions. Good lines of credit were granted to those who were able to link their projects to well-known and respected payment sources in the market. It was common for those in the production chain of large companies to apply for more favorable financing conditions than the market standard because their cash flow was linked to the payment of companies such as Petrobras and Vale, whose low credit risk was known in the market, standing out ahead of other companies that did not have this possibility and always valued with a greater credit risk.

With the maturation of the Brazilian capital market, especially in the last decade, the attention and money of investors began to be attracted by bonds that granted tax benefits to their holders, such as Agribusiness Receivables Certificates (CRA), Real Estate Receivables Certificates (CRI) and incentivized debentures. The tax benefits linked to these bonds influenced the risk/return/liquidity balance, causing companies from different sectors to seek alternatives to be able to fit in the conditions for issuing these bonds. However, such conditions, and the costs involved in issuing them, were – and still are – a significant access barrier.

Now, a new factor begins to revolutionize the financing profile in Brazil and in the World, presenting a new, more accessible and sustainable path, which considers environmental, social and corporate governance factors to obtain financing, in addition to classic factors such as risk, return and liquidity.

It has become common for national development banks, such as BNDES and Banco do Nordeste, as well as multilateral bodies such as the World Bank, to demand the adoption of certain practices related to environmental, social and governance aspects in their investment and financing operations.

Such aspects have also been incorporated by large financial institutions in their credit analysis and tend to become increasingly present in the Brazilian financial market routine, increasing the importance of companies knowing how to adapt and negotiate issues related to such topics.

Of the paths offered by this new hype, the environmental one has been particularly prominent in Brazil and has shown itself to be a growing opportunity to obtain favorable financing.

The Central Bank is creating climate credit risk analysis rules to guide financial agents to identify, monitor and transparently report the analysis of the impact of the emissions they finance. This has caused renowned institutions to refuse credit to clients and sectors that previously enjoyed great prestige.

Santander, for example, declared that it refused to grant credit to 106 companies in 2020, in critical sectors such as agribusiness and mining, due to disagreements regarding environmental issues. BTG, in turn, declared that around 5% of the total operations that arrive at the bank are denied for not meeting the environmental, social and governance issues required by the bank, while Itaú says that 100% of its portfolio of large companies are already undergoing social and environmental risk analysis and 50 companies were blocked from their credit portfolio in 2020 for involvement in activities that are part of their blacklist.

The change in the credit profile intended by development banks and main financial institutions in the country increases the availability of credit for a profile of companies with a view to sustainability.

The private investor has also been looking for investments that have such characteristics. The so-called green bonds, traded in the capital markets with the aim of attracting capital to projects that have a positive social and environmental impact, have gained space in the Brazilian capital markets. According to data from the Brazilian Stok Exchange (B3), at the end of 2020, there were 20 instruments identified as green bonds in their systems (14 debentures and 6 CRAs), totaling an issue value of R$6 billion.

An alternative for those who cannot present projects capable of generating a positive environmental impact and, therefore, issue green bonds, is to finance their own sustainability performance through the issuance of SLB bonds (Sustainability Linked Bond), which are debt instruments that have as a final objective to ensure that the issuer achieves certain sustainability goals, defined based on key performance indicators.

The issuer could, for example, commit to consume 100% renewable energy in its operation by the end of a certain period. If the issuer does not meet the targets, the bond could become more expensive and increase the creditor’s interest rates.

Such issuances are especially attractive as they do not need to delimit the destination of resources for a specific project, a surprising new scenario presented by this new hype, which has already been explored by companies such as B3, Suzano, Klabin, Natura, among others.

The issuance of debt with more attractive interest rates linked to sustainability is an increasingly present agenda in companies, not only due to a demand from consumers and investors (mainly private equity funds), but also from the debt market. 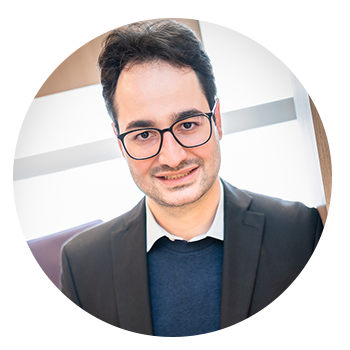