Brazil: the country waiting for reforms

Brazilian tax legislation is one of the most complex in the world. Even though all the guiding principles of Brazil tax legislation are contained in the Federal Constitution, Brazil is a continental country, made up of 26 states, more than 5,500 cities, in addition to the Federal District (Brasília), where each one has legislative autonomy and independence to create taxes within its competence and the procedures to be followed for collection.

In this context, can you imagine how to follow so many tax procedural rules?

In this respect, this year the Federal Senate and the Federal Supreme Court (STF), represented by their presidents, through Joint Ordinance nº 1/2022, established a commission of jurists that aims to modernize the tax and administrative process, with the analysis of the National Tax Code (CTN – Law No. 5,172/66), Federal Law No. 9,784/99 and the Tax Enforcement Law (Law No. 6,830/80), with the objective of enacting a supplementary law that provides for general rules of tax law procedural rules that must be observed by all entities of the federation.

The idea is to seek more agility and efficiency, by observing the principles of due process of law, full defense and contradictory proceedings and, especially, the obligation to observe the constitutional principles. The new rules are expected to make it possible to discourage the judicialization of tax disputes, with the application of the precedents of the Superior Courts and the promotion of agreements for quick solutions towards tax disputes.
Hence the importance of good precedent formation, which requires a good judgment of the tax cases, especially by the STF and the Superior Court of Justice (STJ).

The Superior Courts have great importance in the Brazilian tax procedural system. As guardian of the Federal Constitution, in practice, all tax issues are resolved under a decision from the STF, with the STJ exercising the role of standardizing the understanding of federal legislation – this is an example of procedural laws.
In view of this, we highlight the need for legal certainty. The Superior Courts, in compliance with the current procedural rules of the Civil Procedure Code (CPC), in the formation of precedents, must maintain coherence and ensure taxpayers the clarity of their interpretation, reducing the need for new litigation.

But this task is not easy. To illustrate, let’s take a few examples on recent tax discussions ruled by the STF, with modulation of effects in tax cases. We recall here the judgment of the ITCMD (tax on inheritance and donation) on goods abroad, the ICMS/ISS (tax on goods and services) judgment on software, the exclusion of ICMS (tax on goods) from PIS/COFINS (tax on revenues) bases and IRPJ/CSLL on the Selic rate. In each one, the rationale for deciding on modulation was different. And, in each one, the application of the modulation itself followed a different path.

And what was the same message given by the STF on these occasions? Litigate! This is because only taxpayers who anticipated and promoted legal discussion were privileged on such discussions. Those who observed the legislation, trusted the system and proved to be “good tax payers” were the most affected, as they could not benefit from the Supreme Court’s decisions with the recovery of taxes that were improperly collected and due. This causes not only procedural instability, but also creates adverse consequences to the collectivity and competition.

It is known that the “law does not help those who sleep”. However, the idea of a tax procedural reform, which aims to reduce litigation in the country, needs to give taxpayers security in the system, so that they have prior knowledge not only of the procedural process, but especially the interpretation of the rules in the formation of precedents.

Although there is great expectation that the tax procedural reform will materialize and help to guide a better society along with the other long-awaited reforms in the country, for now, it is important for the taxpayer to be aware of these issues and be aware that all these tax issues must be discussed beforehand in the judiciary 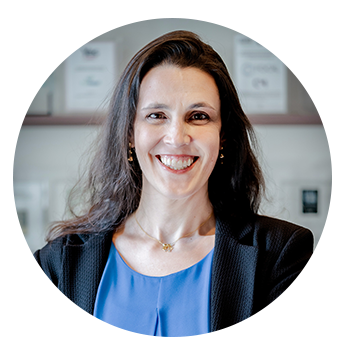 The Return of São Sebastião