Limited liability companies or corporations that ended their fiscal year on December 31, 2021, must approve their financial statements by April 30, 2022, during the annual general shareholders meeting. In this respect, corporations must be aware of the new rules regarding publishing of documents currently in force.

Prior to Law No. 13,818/19 and Complementary Law No. 182/21, corporations were obliged to publish their financial statements and other managerial documents in the Official Gazette of the State in which the head offices are located as well in another relevant newspaper before the date of the annual general shareholders meeting. The new legislation created new rules for publishing of such documents and at a first glance the rules seem to be more modern and less burdensome to the companies. Will this be the case?

The legislation provides, as a general rule, that the publication of such documents be carried out only in a relevant newspaper with widespread distribution where the head offices are located, in a summarized form and with simultaneous disclosure of the full text on the newspaper’s website. Thus, once these determinations are fulfilled, publication in the Official Gazette is no longer necessary.

The exception is for closely-held corporations with annual gross revenue of up to BRL 78 million, which can simply disclose their financial statements and other documents electronically on the company’s website and at the Balance Sheet Center of the Public Digital Bookkeeping System (SPED), as determined by Ordinance No. 12.071/21, of the Finance Ministry 1. This exception does not apply to companies controlling a group of companies or affiliated thereto.

Important to emphasize that these changes are only applicable to corporations. Other corporate types, such as limited liability companies, which have a legal obligation to publish corporate acts related to spin-offs, mergers and capital reduction, must continue to observe the rules of the Civil Code, i.e. publishing in the Federal and State Official Gazettes, in addition to a relevant newspaper located at the company’s head offices.

For a better understanding of the implemented changes, we have prepared a comparative table below:

These rules, in principle, were created to reduce bureaucracy, costs and bring the disclosure of information to the current reality of the digital world. However, they brought a significant increase in the amounts charged by newspapers that rely on the printed and online version for the disclosure of such information. Companies end up being hostage to certain newspapers, which, in many cases, are the only ones available in a particular city/region. Over time, we expect the participation of other media vehicles that fit the new rules with a robust digital platform, or that new regulations be published, thus providing more alternatives for companies.

1 Before the new regulation, the exceptions were valid for closed capital corporations, which had net worth of up to R$ 10 million and less than 20 shareholders, which were exempt from publishing any documents. 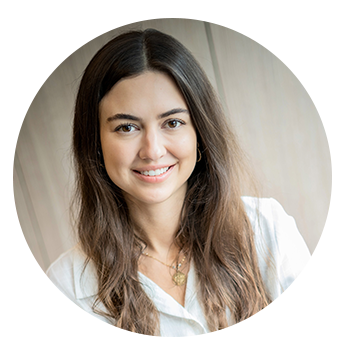